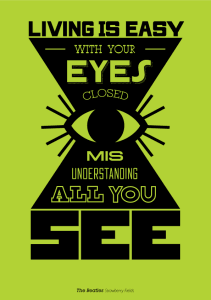 Hmmmm well just when you think you have a firm grasp on something it slowly and quietly begins to unravel from your hands.  The reason you held it so tight in the first place is because as it gets away from you it becomes messy.  Messy, hard to control, hard to compartmentalize, distance yourself or worse yet protect yourself from. This is what December is for me. All the clichés of people sad around the holidays, all the statistics we hear about suicides, divorces, family violence…Merry Fucking Christmas right?

The little hole in my heart is from losing my best friend 2 years ago and being so blind with grief that I did not even see, experience, acknowledge, process or so much as sniff, lick or suck the grief. I mean it was non existent but yet so present and obvious in my face, my life.  It weighed me down like some suit that’s too big for you.

2 years ago my brother died but even that is so fucked up because the truth of the matter was we decided to take him off of the life support he was on that was keeping him alive.  I got a call from my sister asking me what I wanted to do. My mother wanted to have everyone’s input before removing him from the machines that were keeping him alive.  So everyone was already there at the hospital except me so basically I was like the 12 juror deciding my brothers fate, fucked up huh? I even remember saying “What? so I’m making the call my vote is the deciding factor? This isn’t god damn Survivor.”    “No No it’s not like that, mom just wanted everyone to be ok with it and be able to say for themselves.”  I was quiet for a moment then blurted out a string of question in one breath ” What are the chances of him recovering? What did the doctors say? How long has he been breathing assisted? Are there any signs of brain activity?”  “What about?”  “What if ?” “How come ?”

Her answers grazed over my head, they flew by at first but slowly suspended themselves  in air waiting to be popped like balloons.  “If that’s what is best maybe we should do this for him, he might not ever be the same” he would have hated that. The truth of the matter is my brother was never the same after being diagnosed with diabetes and as his illness got worse he died a little with each rush to the hospital and with each near miss of falling into a diabetic coma.  Every time I was called in the middle of the night to come to the hospital because they thought this was it and he might not come back, I died a little too.  The person who was my constant friend, defender, protector, comic relief, musical sherpa, world guru was slipping away, slipping through my fingers with each hospitalization.

I snap back to the conversation with my sister my arm is tired from holding the phone that feels heavy and I feel like I have sitting like this for hours.

It probably seems completely strange that I wasn’t there at the hospital with my family waiting for my brother to die but to me it seems completely fucked up to be there waiting with my family for my brother to die.  I loved him more than anyone else in my family and he was the one leaving, if it were another family member and he was there waiting I would have gone but I just couldn’t bring myself to do it because my immediate family were the last people I wanted to be with, their madness, shitty ass attitudes, greed, anger and pettiness was something my brother and I loathed. There was a reason why he and I kept our distance from the rest of our family and maintained a relationship outside of my mother’s house, cause they are nuts.

This pissed almost my entire family off including my brother in-laws but it was my choice and my decision to not be there but it doesn’t mean I loved him less and that I wasn’t pained by the loss.  My sister and her husband had everyone back at their house for dinner they were the only ones who talked to me well and my nieces their two daughters. The tension was enough to choke on with each bite of bread while we ate dinner. I could feel how angry and disapproving my mother was about me not coming but honestly I think she thought I should have been there for her. That looney toon has a way of stealing the thunder and attention from even a someone dead or dying. I already witnessed this at my Dads wake.

When everyone cleared out only I remained sitting at my sisters kitchen table and that’s when her and my brother-in-law told me how they felt about me not showing up. I appreciated that they had the balls, respect and integrity to say it directly to me and I told them I understood but it was my choice to make and for my reasons I made the choice I did and while I respected and understood how they felt to fuckin bad I decide what is best for me.

A week ago it started, the restlessness is that what comes first, it’s like I’m on idle waiting to take off any second but I never do so it feels like a permanent nervous stomach.  Each morning around 2 or 3 I lay in bed wide awake tears streaming from my eyes, mind racing completely still in the dark. The tears just pour, they keep coming streaking from the sides of my eyes into my hair and eventually to my pillow sometimes when I get up there is a weird cry halo but it sorta looks more like wet mickey mouse ears cause it’s really just two puddles on each side of my head.

I’m tired from the lack of sleep, I look worn, I look harsh but I move through my day hiding so I think. My students know it, they see it, they are extra gentle to me on these days, they stop and ask me how I am in a different way from their usual causal “hows it goin Ms. A?”. When they ask these days it’s quiet and there is a pause and sometimes a nod a like “I see your pain, I know your sad, sorry try not to be”  its the weirdest phenomena but it’s true it happens, they have an extra sense that in adults gets dulled, they are connected directly to your heart.  They seem to always know when you are not you, most of the time they don’t want to know why but they stop and they become a little mini caretaker for just a few seconds by the time you realize what they have done they have already walked away.

Sat December 3rd is my brother’s birthday he would have been 53, exactly 1o years older than me I think I’ll start holding my breath now.